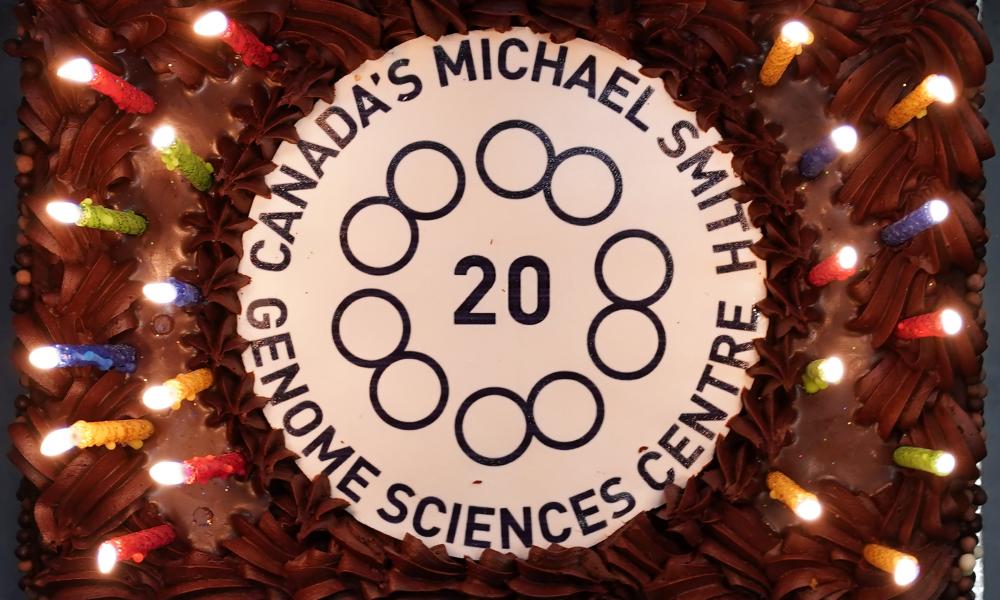 This time last year we were in the midst of celebrating the GSC’s twentieth anniversary! Now, with all of us maintaining safe distances during the COVID-19 global pandemic, we can look back on these events with a greater appreciation for a glorious time when we were all able to be together. 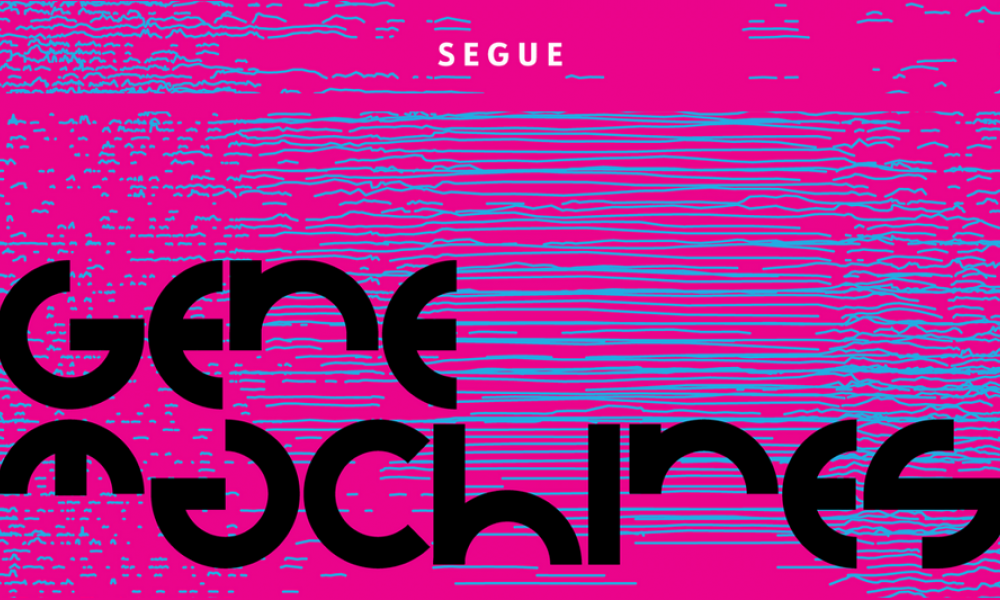 In commemoration of our 20th anniversary, Vancouver-based electronic music producer Segue was commissioned to create an original composition based on audio recordings from the GSC's laboratory equipment, robots and computers—to make “music” from the noise they produce. 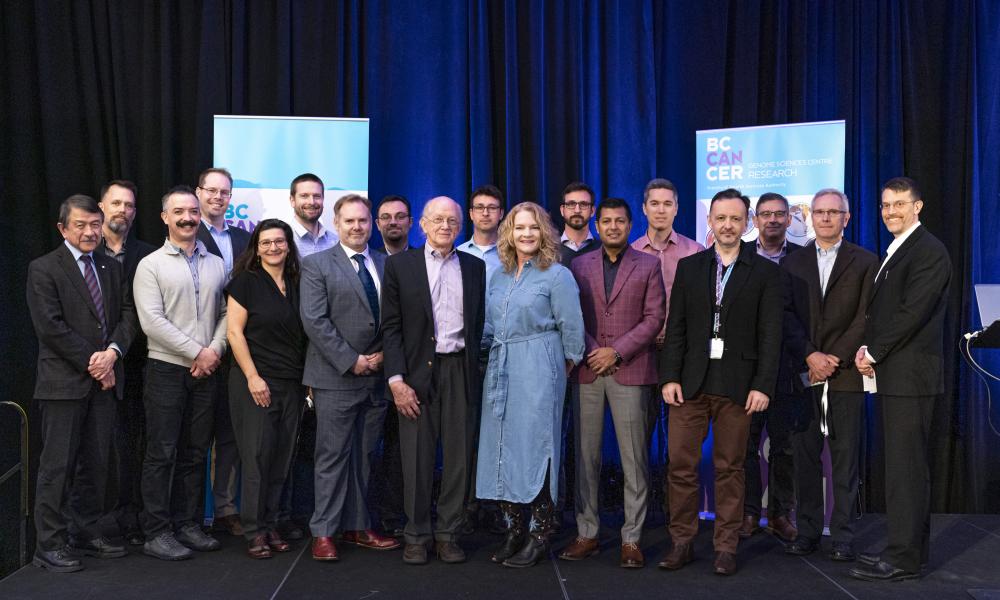 November 2019 marked twenty years of science, discovery, innovation, collaboration and education at Canada's Michael Smith Genome Sciences Centre (GSC) at BC Cancer. Alumni, collaborators, partners, family and friends joined us in celebration at our Echelon technology platform on November 15, 2019. On November 21, the first day of the 2019 BC Cancer Summit, we held a scientific symposium, featuring 16 speakers—researchers, partners, former trainees and leaders in genomics—highlighting the technology advances, scientific investigations and groundbreaking discoveries that have helped advance genome science.

In honour of our 20th Anniversary, the Government of British Columbia honoured the GSC with the following proclamation, designating 15 November 2019 as "20th Anniversary of Canada's Michael Smith Genome Sciences Centre at BC Cancer Day" 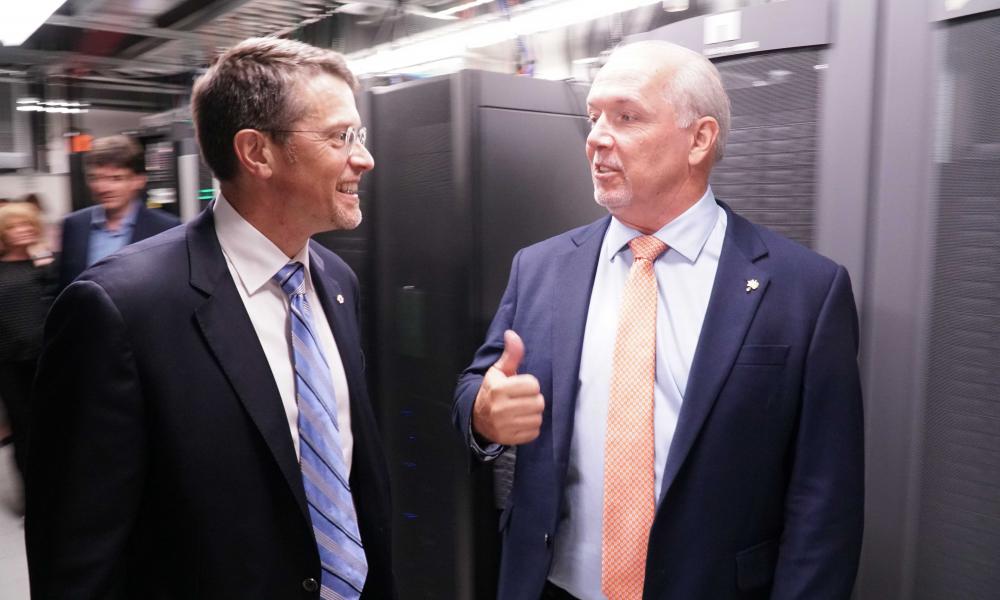 Ahead of our 20th Anniversary, we gave the Premier of British Columbia a hands-on tour of our DNA sequencing and bioinformatics technology platform. 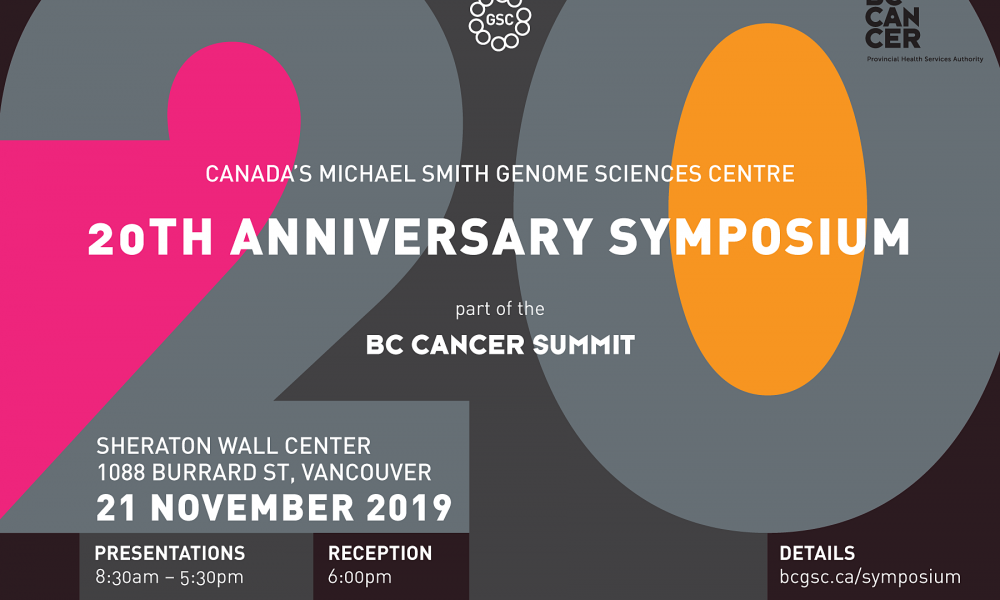 This November marks 20 years of science, discovery, innovation, collaboration and education at the BC Cancer Genome Sciences Centre (GSC).To celebrate, 16 GSC researchers, partners, former trainees and leaders in the field of genomics will give presentations at a celebratory scientific symposium.
Back to top
Share