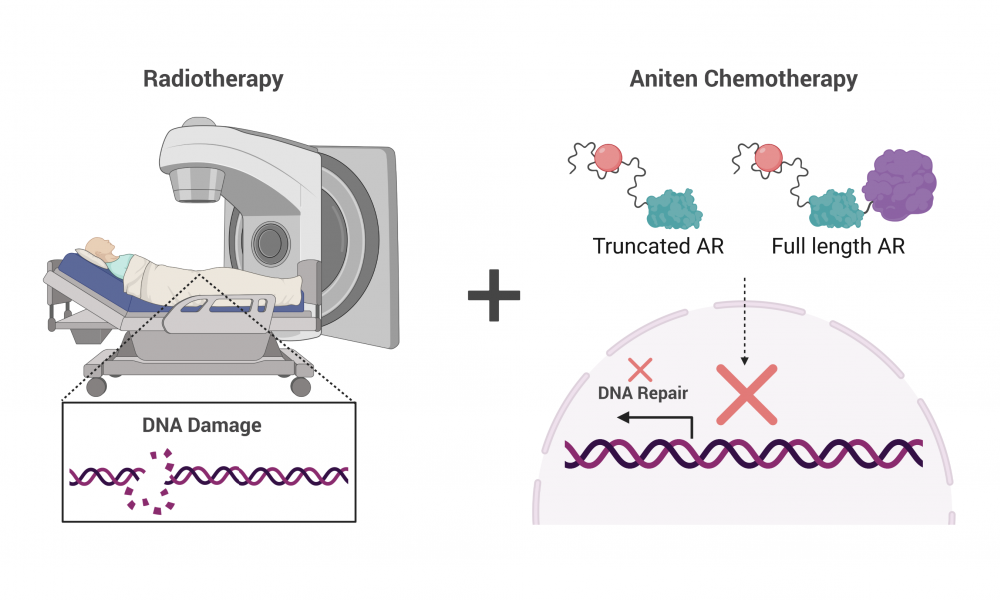 For some prostate cancer patients, radiation and androgen deprivation therapy—a type of chemotherapy that reduces testosterone levels—synergize to enhance treatment outcomes. But in up to 50 per cent of cases, treatment resistance develops, and the cancer progresses. 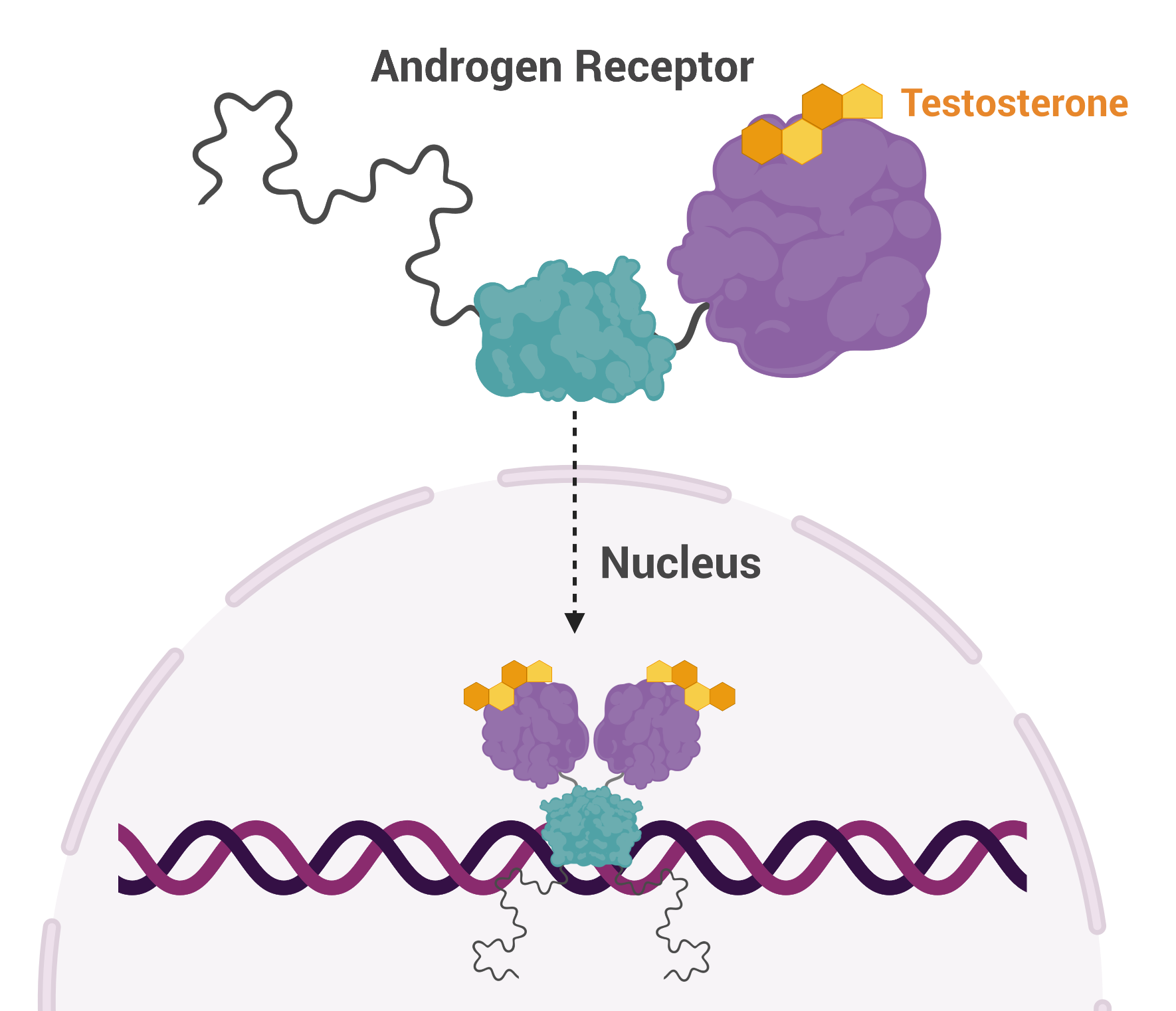 AR is a transcription factor that is activated by testosterone and, once activated, AR proteins pair up and move to the nucleus where they turn on and off a host of genes, affecting cellular function and replication. AR plays a pivotal role in prostate cancer and as a result, many treatment strategies target this protein.

One way to reduce the effects of AR gone rogue is to prevent its interaction with testosterone. This can be done using drugs or procedures that reduce levels of testosterone or by physically preventing it from binding to AR. 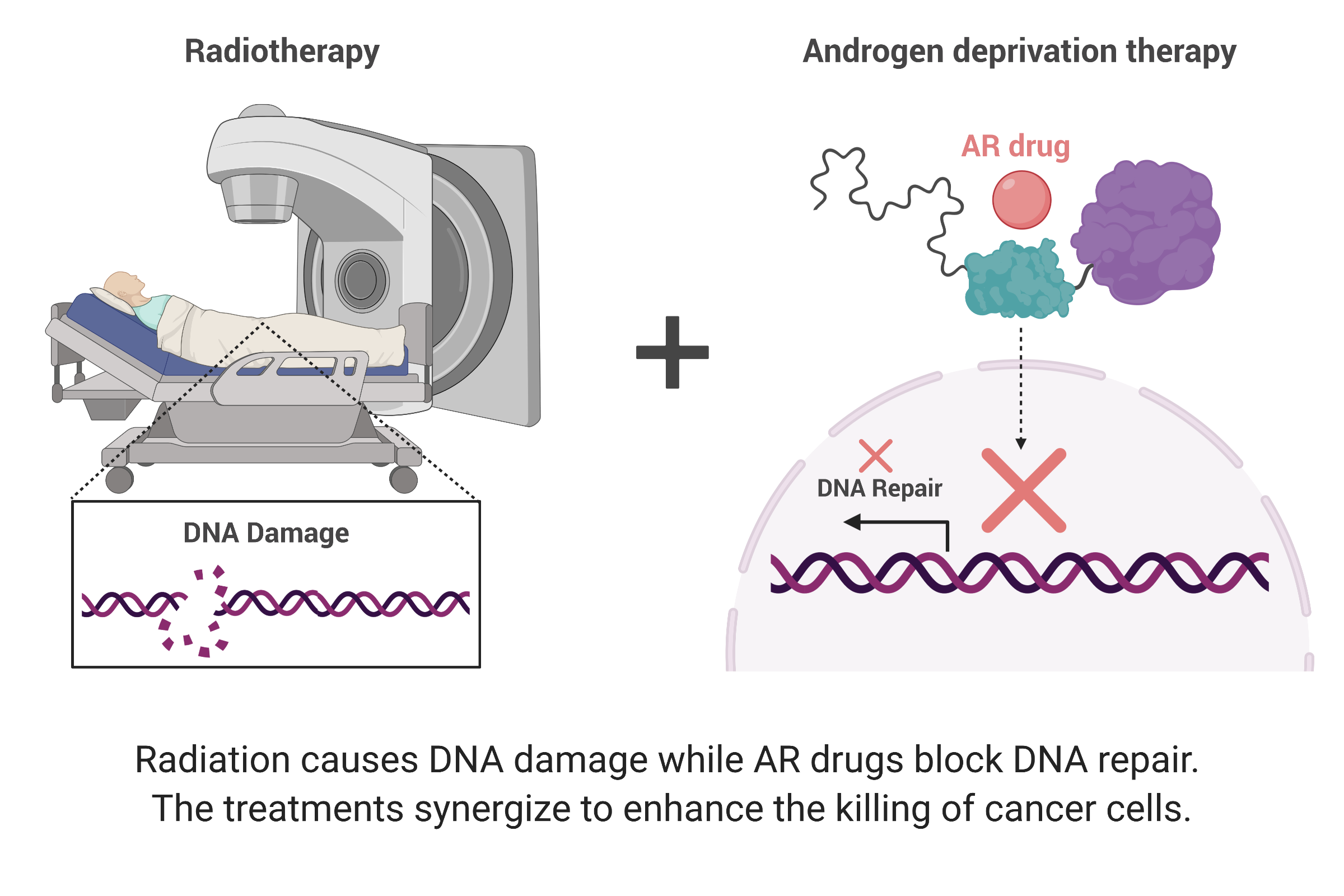 Unfortunately, some men develop resistance to this treatment strategy and in some of these cases, AR is spliced so that the AR protein is cut in half. And it turns out, the shortened version functions independent of testosterone, rendering testosterone-blocking drugs useless. Upon treatment with radiation therapy, the shortened AR turns on expression of DNA repair genes, thereby reducing the efficacy of radiation.

“In advanced prostate cancer, the AR is truncated,” says Dr. Sadar. “So now you have an AR that is always active, always turning on genes. All of the therapies being given to these patients are targeting a part of the protein that isn’t even there.”

To circumvent the activity of shortened AR, Dr. Sadar developed a class of drug—called anitens—that are the only drugs known to block both the full length and the shortened protein, making them a promising treatment strategy for resistant cases.

In this study, Dr. Sadar’s team investigated the synergistic effects of combining their drug, ralaniten, and its improved derivatives with radiation therapy. To do this, they treated human prostate cancer cells expressing both full-length and shortened AR with the drugs. They found that drug treatment reduced expression of DNA repair genes and that it had an additive effect when combined with radiation.

These findings build upon an extensive body of research conducted in the Sadar lab and provide further evidence that targeting the shortened form of AR is a promising avenue for men with treatment-resistant prostate cancer.

Learn more about Dr. Marianne Sadar and her Research

Learn more about the Sadar Lab

Learn more about Research at the GSC