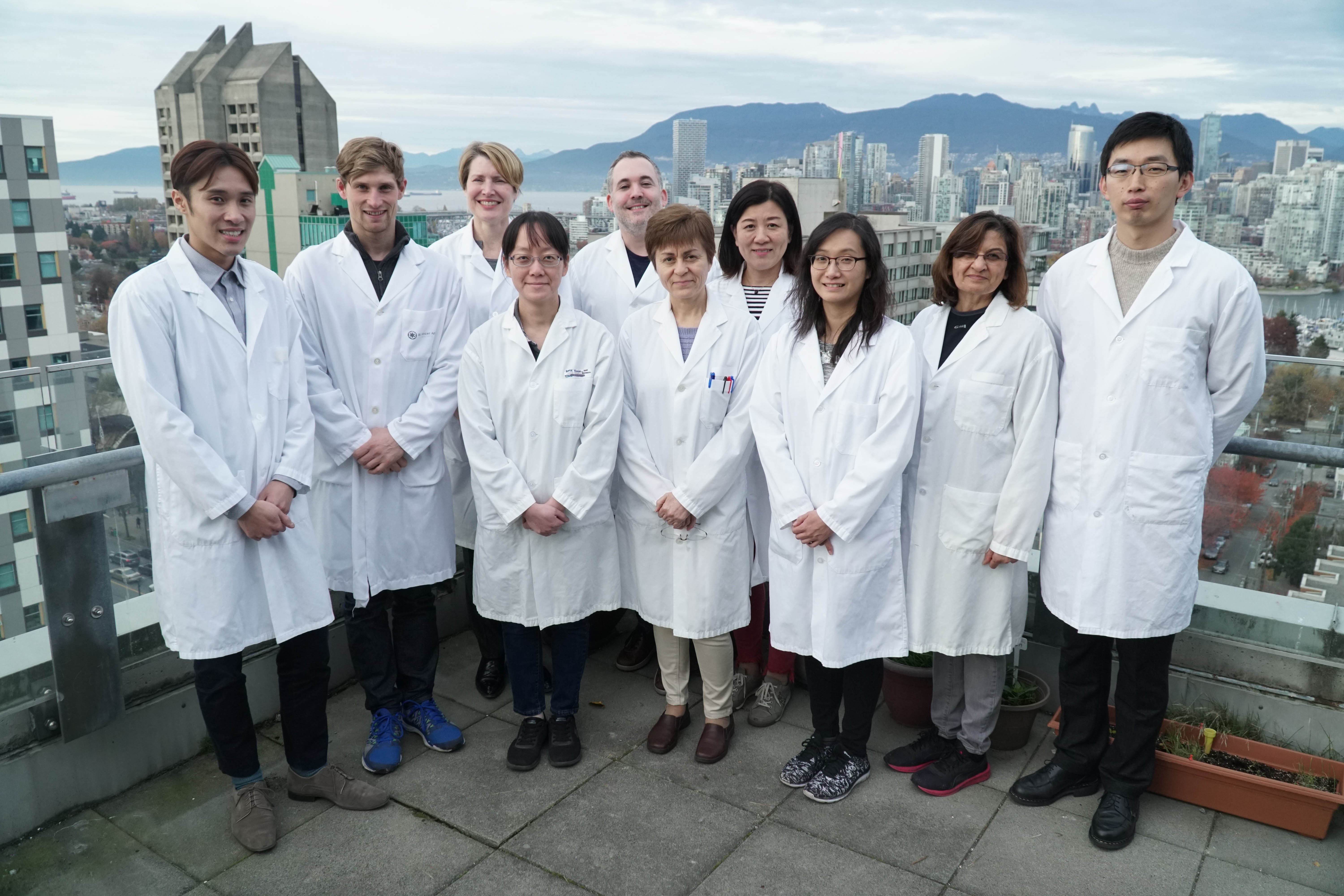 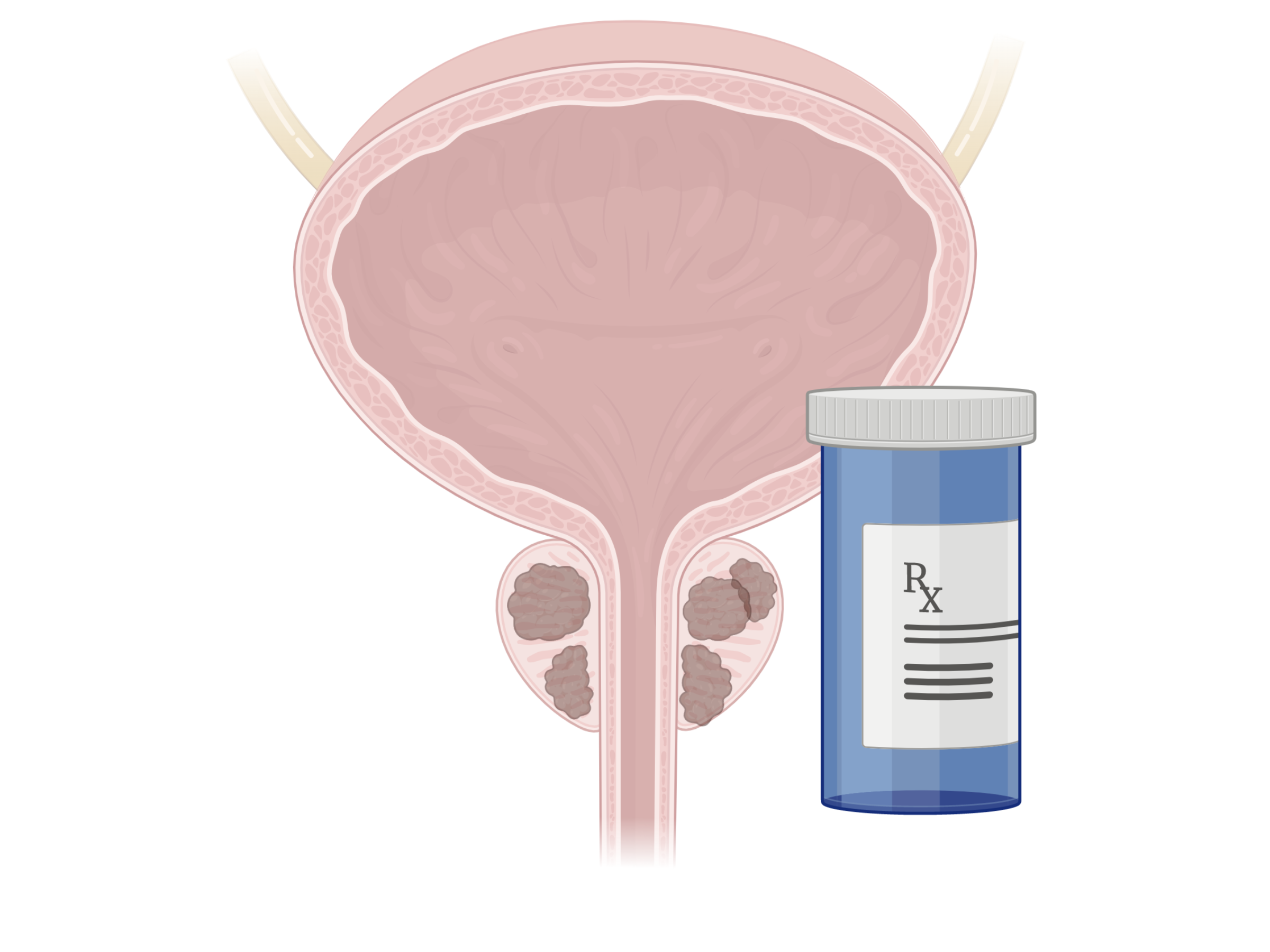 Introduction: Intrinsically disordered proteins (IDPs) and regions (IDRs) lack stable three-dimensional structure making drug discovery challenging. A validated therapeutic target for diseases such as prostate cancer is the androgen receptor (AR) which has a disordered amino-terminal domain (NTD) that contains all of its transcriptional activity. Drug discovery against the AR-NTD is of intense interest as a potential treatment for disease such as advanced prostate cancer that is driven by truncated constitutively active splice variants of AR that lack the C-terminal ligand-binding domain (LBD).

Areas covered: This article presents an overview of the relevance of AR and its intrinsically disordered NTD as a drug target. AR structure and approaches to blocking AR transcriptional activity are discussed. The discovery of small molecules, including the libraries used, proven binders to the AR-NTD, and site of interaction of these small molecules in the AR-NTD are presented along with discussion of the Phase I clinical trial.

Expert opinion: The lack of drugs in the clinic that directly bind IDPs/IDRs reflects the difficulty of targeting these proteins and obtaining specificity. However, it may also point to an inappropriateness of too closely borrowing concepts and resources from drug discovery to folded proteins.

The Journal of biological chemistry, 2019
Tien, Amy H, Sadar, Marianne D
The androgen receptor (AR) is tightly linked to prostate cancer, but the mechanisms by which AR transactivation is dysregulated during cancer progression are not fully explored. Dagar examined AR translocation to the nucleus to identify a link between heat shock protein 90 (HSP90) and protein kinase A (PKA). Their findings provide a potential mechanism of the initiation of AR transactivation and potential targets for developing and refining treatments for prostate cancer.

Enzalutamide and blocking androgen receptor in advanced prostate cancer: lessons learnt from the history of drug development of antiandrogens.

Research and reports in urology, 2018
Ito, Yusuke, Sadar, Marianne D
Enzalutamide is a nonsteroidal antiandrogen for the treatment of metastatic castration-resistant prostate cancer (mCRPC) both before and after chemotherapy. Enzalutamide is more effective than its predecessor bicalutamide, which was analyzed in head-to-head studies of patients with CRPC. This family of nonsteroidal antiandrogens is now comprised of four drugs approved by the US Food and Drug Administration with two investigational drugs in clinical trials. Antiandrogens have been employed clinically for more than five decades to provide a rich resource of information. Steady-state concentration minimums (C{{sub}}min{{/sub}} or trough) in the range of ~1-13 μg/mL are measured in patients at therapeutic doses. Interestingly, enzalutamide which is considered to have strong affinity for the androgen receptor (AR) requires C{{sub}}min{{/sub}} levels >10 μg/mL. The sequence of antiandrogens and the clinical order of application in regard to other drugs that target the androgen axis remain of high interest. One novel first-in-class drug, called ralaniten, which binds to a unique region in the N-terminus domain of both the full-length and the truncated constitutively active splice variants of the AR, is currently in clinical trials for patients who previously received abiraterone, enzalutamide, or both. This highlights the trend to develop drugs with novel mechanisms of action and potentially differing mechanisms of resistance compared with antiandrogens. Better and more complete inhibition of the transcriptional activity of the AR appears to continue to provide improvements in the clinical management of mCRPC.

Non-Genomic Actions of the Androgen Receptor in Prostate Cancer.

Frontiers in endocrinology, 2017
Leung, Jacky K, Sadar, Marianne D
Androgen receptor (AR) is a validated drug target for prostate cancer based on its role in proliferation, survival, and metastases of prostate cancer cells. Unfortunately, despite recent improvements to androgen deprivation therapy and the advent of better antiandrogens with a superior affinity for the AR ligand-binding domain (LBD), most patients with recurrent disease will eventually develop lethal metastatic castration-resistant prostate cancer (CRPC). Expression of constitutively active AR splice variants that lack the LBD contribute toward therapeutic resistance by bypassing androgen blockade and antiandrogens. In the canonical pathway, binding of androgen to AR LBD triggers the release of AR from molecular chaperones which enable conformational changes and protein-protein interactions to facilitate its nuclear translocation where it regulates the expression of target genes. However, preceding AR function in the nucleus, initial binding of androgen to AR LBD in the cytoplasm may already initiate signal transduction pathways to modulate cellular proliferation and migration. In this article, we review the significance of signal transduction pathways activated by rapid, non-genomic signaling of the AR during the progression to metastatic CRPC and put into perspective the implications for current and novel therapies that target different domains of AR.

PloS one, 2017
Myung, Jae-Kyung, Wang, Gang, Chiu, Helen H L, Wang, Jun, Mawji, Nasrin R, Sadar, Marianne D
Androgen receptor (AR) is a member of the steroid receptor family and a therapeutic target for all stages of prostate cancer. AR is activated by ligand binding within its C-terminus ligand-binding domain (LBD). Here we show that overexpression of the AR NTD to generate decoy molecules inhibited both the growth and progression of prostate cancer in castrated hosts. Specifically, it was shown that lentivirus delivery of decoys delayed hormonal progression in castrated hosts as indicated by increased doubling time of tumor volume, prolonged time to achieve pre-castrate levels of serum prostate-specific antigen (PSA) and PSA nadir. These clinical parameters are indicative of delayed hormonal progression and improved therapeutic response and prognosis. Decoys reduced the expression of androgen-regulated genes that correlated with reduced in situ interaction of the AR with androgen response elements. Decoys did not reduce levels of AR protein or prevent nuclear localization of the AR. Nor did decoys interact directly with the AR. Thus decoys did not inhibit AR transactivation by a dominant negative mechanism. This work provides evidence that the AR NTD plays an important role in the hormonal progression of prostate cancer and supports the development of AR antagonists that target the AR NTD.

Sintokamide A Is a Novel Antagonist of Androgen Receptor That Uniquely Binds Activation Function-1 in Its Amino-terminal Domain.

The Journal of biological chemistry, 2016
Banuelos, Carmen A, Tavakoli, Iran, Tien, Amy H, Caley, Daniel P, Mawji, Nasrin R, Li, Zhenzhen, Wang, Jun, Yang, Yu Chi, Imamura, Yusuke, Yan, Luping, Wen, Jian Guo, Andersen, Raymond J, Sadar, Marianne D
Androgen receptor (AR) is a validated drug target for all stages of prostate cancer including metastatic castration-resistant prostate cancer (CRPC). All current hormone therapies for CRPC target the C-terminal ligand-binding domain of AR and ultimately all fail with resumed AR transcriptional activity. Within the AR N-terminal domain (NTD) is activation function-1 (AF-1) that is essential for AR transcriptional activity. Inhibitors of AR AF-1 would potentially block most AR mechanisms of resistance including constitutively active AR splice variants that lack the ligand-binding domain. Here we provide evidence that sintokamide A (SINT1) binds AR AF-1 region to specifically inhibit transactivation of AR NTD. Consistent with SINT1 targeting AR AF-1, it attenuated transcriptional activities of both full-length AR and constitutively active AR splice variants, which correlated with inhibition of growth of enzalutamide-resistant prostate cancer cells expressing AR splice variants. In vivo, SINT1 caused regression of CRPC xenografts and reduced expression of prostate-specific antigen, a gene transcriptionally regulated by AR. Inhibition of AR activity by SINT1 was additive to EPI-002, a known AR AF-1 inhibitor that is in clinical trials (NCT02606123). This implies that SINT1 binds to a site on AF-1 that is unique from EPI. Consistent with this suggestion, these two compounds showed differences in blocking AR interaction with STAT3. This work provides evidence that the intrinsically disordered NTD of AR is druggable and that SINT1 analogs may provide a novel scaffold for drug development for the treatment of prostate cancer or other diseases of the AR axis.

International journal of urology : official journal of the Japanese Urological Association, 2016
Imamura, Yusuke, Sadar, Marianne D
The androgen receptor is a transcription factor and validated therapeutic target for prostate cancer. Androgen deprivation therapy remains the gold standard treatment, but it is not curative, and eventually the disease will return as lethal castration-resistant prostate cancer. There have been improvements in the therapeutic landscape with new agents approved, such as abiraterone acetate, enzalutamide, sipuleucel-T, cabazitaxel and Ra-223, in the past 5 years. New insight into the mechanisms of resistance to treatments in advanced disease is being and has been elucidated. All current androgen receptor-targeting therapies inhibit the growth of prostate cancer by blocking the ligand-binding domain, where androgen binds to activate the receptor. Persuasive evidence supports the concept that constitutively active androgen receptor splice variants lacking the ligand-binding domain are one of the resistant mechanisms underlying advanced disease. Transcriptional activity of the androgen receptor requires a functional AF-1 region in its N-terminal domain. Preclinical evidence proved that this domain is a druggable target to forecast a potential paradigm shift in the management of advanced prostate cancer. This review presents an overview of androgen receptor-related mechanisms of resistance as well as novel therapeutic agents to overcome resistance that is linked to the expression of androgen receptor splice variants in castration-resistant prostate cancer.

Crosstalk between the androgen receptor and beta-catenin in castrate-resistant prostate cancer.

Cancer research, 2008
Wang, Gang, Wang, Jun, Sadar, Marianne D
The androgen-signaling pathway plays an important role in the development and hormonal progression of prostate cancer to the castrate-resistant stage (also called androgen-independent or hormone refractory). The Wnt pathway and beta-catenin contribute to prostate biology and pathology. Here application of Affymetrix GeneChip analysis revealed the genomic similarity of the LNCaP hollow fiber model to clinical samples and identified genes with differential expression during hormonal progression. The fiber model samples clustered according to the expression profile of androgen-regulated genes to provide genomic evidence for the reactivation of the AR signaling pathway in castrate-resistant prostate cancer. Pathway-based characterization of gene expression identified activation of the Wnt pathway. Together with the increased expression of AR and beta-catenin, there was increased nuclear colocalization and interaction of endogenous AR and beta-catenin in castrate-resistant prostate cancer from castrated mice. Surprisingly, no interaction or colocalization of AR and beta-catenin could be detected in xenografts from noncastrated mice. These studies provide the first in vivo evidence to support aberrant activation of the AR through the Wnt/beta-catenin signaling pathway during progression of prostate cancer to the terminal castrate-resistant stage.