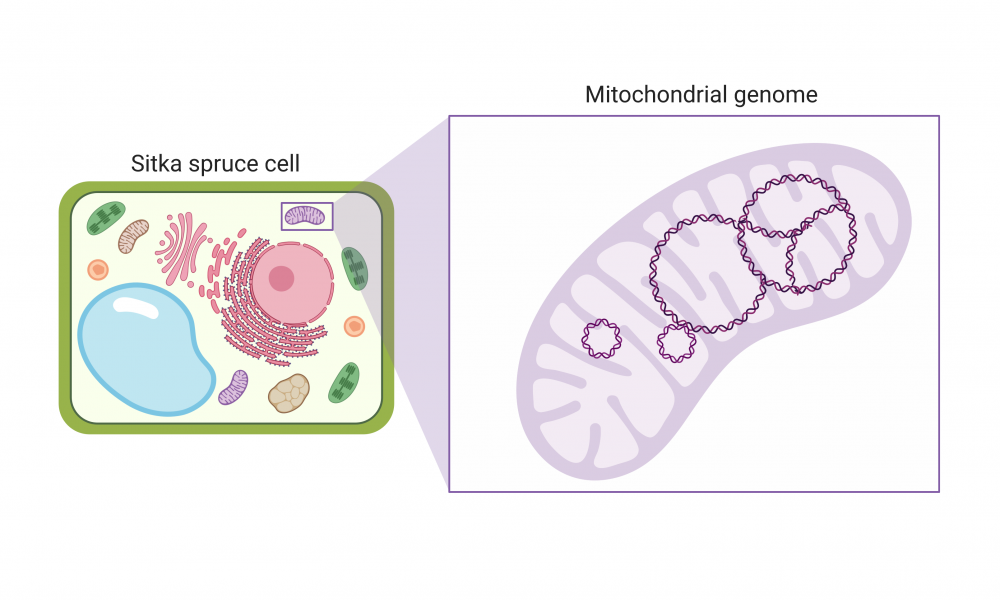 After billions of years of evolution, all animals, plants and fungi still share one important feature: the mitochondria; the so-called “powerhouse of the cell”. DNA sequencing technology has revealed that, when compared to their animal cell counterparts, some plant mitochondrial genomes are highly complex, forming intricate structures that remain to be understood by scientists.

Billions of years ago, the single-celled ancestor of eukaryotic organisms engulfed a smaller cell. Over time, that smaller cell became the mitochondria, an organelle responsible for extracting energy from food biomolecules and converting it into a form of energy that can be used by the cell. Completely dependent on its host cell, the mitochondria lost much of its own DNA, except for the parts needed to carry out its function. This DNA—known as the mitochondrial genome—resides within the mitochondria rather than with the rest of the DNA in the nucleus.

In a new study published in Genome Biology and Evolution, researchers from Canada’s Michael Smith Genome Sciences Centre at BC Cancer, led by Distinguished Scientist Dr. Inanc Birol, used DNA sequencing to analyze the mitochondrial genome from the Sitka spruce.

Assembling plant mitochondrial genomes after sequencing is challenging due to the presence of large segments of repeating base pairs. In this study, the researchers made use of both long- and short-read sequencing. The two technologies are complementary: highly accurate short reads help bioinformaticians correct more contiguous but more error-prone long reads.

How these branched mitochondrial genomes are replicated during cellular division remains to be determined, and the complete sequence of the Sitka spruce mitochondrial genome will be an invaluable resource for future investigations into the genome structure and mechanism of replication.

Spruce trees are the most significant forest resources in Canada, producing high quality wood and fibre. But due to new challenges including climate change, acceleration of spruce breeding programs to ensure future forest health and productivity is crucial. Sequencing the Sitka spruce mitochondrial genome was part of the Spruce-Up project, a Canadian initiative aiming to produce genomics and socioeconomic knowledge to accelerate spruce breeding programs, working together to ensure the future of spruce trees in Canada.