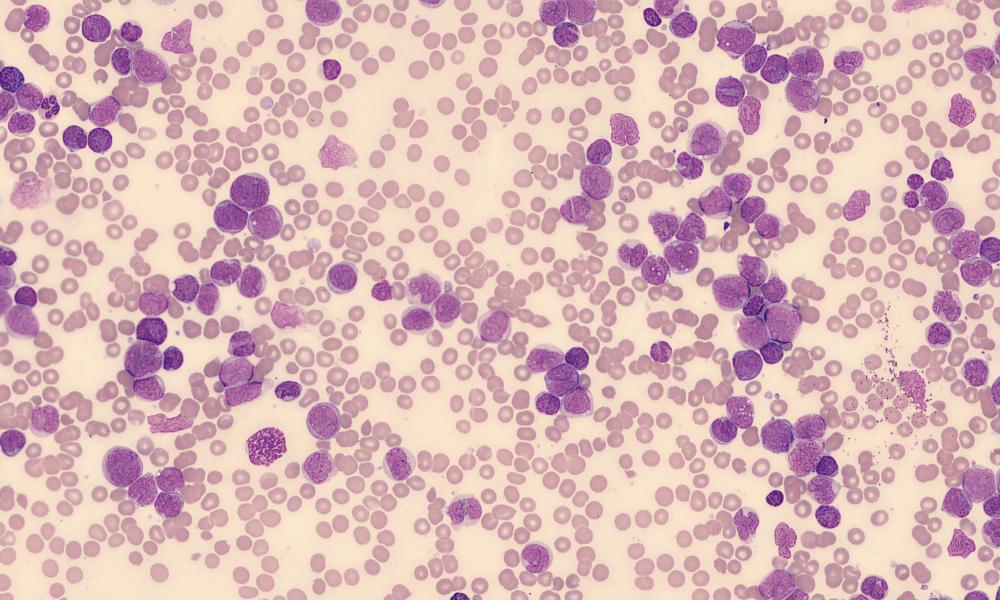 For the past three decades, myeloid malignancies such as myelodysplastic syndrome (MDS) and acute myeloid leukemia (AML) have been treated with cytotoxic chemotherapy and stem cell transplant. New treatment options that target the cellular differentiation pathway have the potential to reduce toxicity and improve clinical outcomes in myeloid malignancies and other cancers.

Myelodysplastic syndromes (MDS) and acute myeloid leukemia (AML)—the most common myeloid malignancies—are classified based on how the blood cells are affected. Many are associated with specific chromosome changes and gene mutations.

Traditional treatment for MDS and AML involves chemotherapy (to destroy cells with disordered growth) followed by stem cell transplant (to replace those cells with heathy ones). Cancer treatments that rely on cytotoxicity—the destruction of living cells—have several limitations. For myeloid malignancies, this includes systemic side effects (from the unintentional toxicity to non-cancerous cells) and development of resistance.

More recently, therapeutic agents that target specific types of MDS and AML based on molecular features—such as leukemias with specific gene mutations (e.g., IDH1, FLT3) have been identified. Although not specifically designed to target the differentiation pathway, many of these work by inducing cellular differentiation.

A recent publication in Blood Cancer Journal outlines the major scientific and clinical milestones in differentiation therapy. In the review, Dr. Ryan Stubbins—a clinician and research fellow in the Karsan lab—suggests treatments for myeloid malignancies that go beyond cytotoxicity.

“We wanted to highlight the importance of prioritizing differentiation endpoints, rather than exclusively focusing on cytotoxicity, when assessing both the efficacy and mechanisms of resistance to novel drugs,” says Dr. Stubbins.

One example that demonstrates the importance of understanding differentiation is a specific kind of myeloid malignancy with a unique genetic change (del5q). The Karsan lab demonstrated that megakaryocyte differentiation was essential for the mechanism of action of a commonly used drug to treat this disease (lenalidomide). The study, published in Nature Cell Biology, showed that a loss of this differentiation was a cause of disease resistance to lenalidomide. “Understanding these types of mechanisms will help us design better treatments in the future,” says Dr. Stubbins.

The review paper is tightly linked to ongoing projects in the Karsan lab on treatment for myeloid malignancies. Ultimately, the goal is to produce new drugs with high efficacy and reduced toxicity. One way to accomplish this is by manipulating transcription factors, which are often controlled through epigenetics.

Dr. Stubbins also hopes that information on the role of blocked differentiation, as well as the epigenome and cell state, on the development—and therefore, treatment—of myeloid malignancies can be applied to solid organ tumours as well. “We expect that, in the future, the use of differentiation inducing agents and drugs that can manipulate the epigenome will begin to play an important role in many other cancers as well,” he says.

Learn more about the subtypes of MDS and AML.

Learn more about the Genome Sciences Centre (GSC), research conducted by the Karsan Lab, and other publications by Dr. Ryan Stubbins.