After completing his PhD in Pharmacology at the University of Alberta in 1998, Dr. Robert Holt conducted his post-doctoral research at the State University of New York in Albany, NY. He joined the faculty at the University of British Columbia in 2003 where he is now a Professor in the Department of Medical Genetics, a Faculty Member of the Genome Science and Technology program, the Interdisciplinary Oncology Graduate Program, the Genetics Graduate Program and the Health Brain Research Centre. He is also a Professor in the Molecular Biology and Biochemistry department at Simon Fraser University, a Distinguished Scientists at Canada’s Michael Smith Genome Sciences Centre and Co-Director of the BC Cancer Immunotherapy Program.

With over 200 publications and approximately 70,000 citations, Dr. Holt was listed in the top 1% of Web of Science cited researchers by Clarivate Analytics in 2018. He was the recipient of an Innovation and Achievement Award from BC Biotech in 2004, a Genome BC Award for Scientific Excellence in 2010 and an Excellence in BC Health Care Award in 2014.

Dr Holt’s work is focused on the structural diversity of T cell and B cell receptors which enable our bodies to discriminate our own cells from a diverse array of pathogens. His group is focused on exploiting our knowledge of T cell and B cell receptors to boost the anti-cancer immune response. This includes engineering T cells to deliver cytotoxic payloads to enhance the immune-mediated killing of cancer cells, and optimizing procedures for isolating, expanding, activating, and then delivering T cells to the body as a targeted immunotherapy for cancer.

Another branch of Dr Holt’s work concerns the relationship between pathogens and cancer; their work in colorectal carcinomas revealed a strong link between colorectal carcinoma and infection with the bacteria Fusobacterium nucleatum, paving the way for targeting this pathogen as a potential preventative measure against colorectal cancer.

the Holt Lab is using deep sequencing methods to explore the role of T cells in cancer, and how to enhance the anti-cancer immune response. They are particularly focused on developing new sequence-based approaches to T cell antigen discovery and characterization.

Dr. Holt’s lab is using deep sequencing and novel computational methods to identify the spectrum of somatic mutations in various cancers, with a particular focus on tumour evolution and the identification of antigens for cancer vaccines.

The Holt Lab finds pathogens by their sequence signatures in human tissues using genomic methods. Application of these methods to colorectal carcinoma identified a strong link to the emerging pathogen Fusobacterium nucleatum. 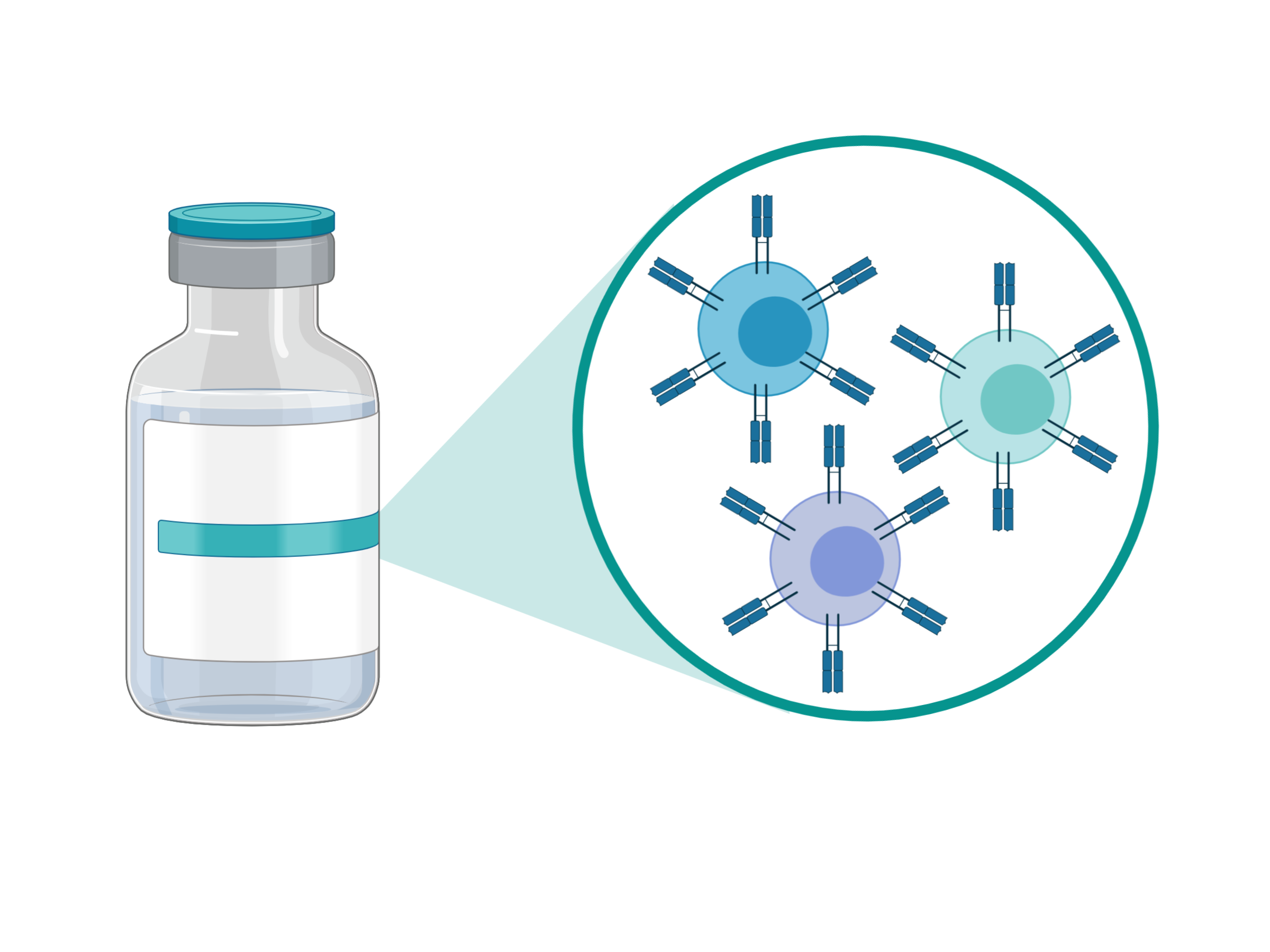 The genome sequence of the malaria mosquito Anopheles gambiae.

Genome research, 2012
Castellarin, Mauro, Warren, René L, Freeman, J Douglas, Dreolini, Lisa, Krzywinski, Martin, Strauss, Jaclyn, Barnes, Rebecca, Watson, Peter, Allen-Vercoe, Emma, Moore, Richard A, Holt, Robert A
An estimated 15% or more of the cancer burden worldwide is attributable to known infectious agents. We screened colorectal carcinoma and matched normal tissue specimens using RNA-seq followed by host sequence subtraction and found marked over-representation of Fusobacterium nucleatum sequences in tumors relative to control specimens. F. nucleatum is an invasive anaerobe that has been linked previously to periodontitis and appendicitis, but not to cancer. Fusobacteria are rare constituents of the fecal microbiota, but have been cultured previously from biopsies of inflamed gut mucosa. We obtained a Fusobacterium isolate from a frozen tumor specimen; this showed highest sequence similarity to a known gut mucosa isolate and was confirmed to be invasive. We verified overabundance of Fusobacterium sequences in tumor versus matched normal control tissue by quantitative PCR analysis from a total of 99 subjects (p = 2.5 × 10(-6)), and we observed a positive association with lymph node metastasis.

A survey of genes modulated by host cell infection.

Microbial genomics, 2020
Cochrane, Kyla, Robinson, Avery V, Holt, Robert A, Allen-Vercoe, Emma
Here, we report comprehensive transcriptomic profiles from under conditions that mimic the first stages of bacterial infection in a highly differentiated adenocarcinoma epithelial cell line. Our transcriptomic adenocarcinoma approach allows us to measure the expression dynamics and regulation of bacterial virulence and response factors in real time, and is a novel strategy for clarifying the role of infection in colorectal cancer (CRC) progression. Our data show that: (i) infection alters metabolic and functional pathways in , allowing the bacterium to adapt to the host-imposed milieu; (ii) infection also stimulates the expression of genes required to help induce and promote a hypoxic and inflammatory microenvironment in the host; and (iii) invasion occurs by a haematogenous route of infection. Our study identifies novel gene targets from that are activated during invasion and which may aid in determining how this species invades and promotes disease within the human gastrointestinal tract. These invasion-specific genes may be useful as biomarkers for CRC progression in a host and could also assist in the development of new diagnostic tools and treatments (such as vaccines or small molecule drug targets), which will be able to combat infection and inflammation in the host while circumventing the potential problem of tolerization.

Neoantigen characteristics in the context of the complete predicted MHC class I self-immunopeptidome.

Oncoimmunology, 2019
Brown, Scott D, Holt, Robert A
The self-immunopeptidome is the repertoire of all self-peptides that can be presented by the combination of MHC variants carried by an individual, defined by their HLA genotype. Each MHC variant presents a distinct set of self-peptides, and the number of peptides in a set is variable. Subjects carrying MHC variants that present fewer self-peptides should also present fewer mutated peptides, resulting in decreased immune pressure on tumor cells. To explore this, we predicted peptide-MHC binding values using all unique 8-11mer human peptides in the human proteome and all available HLA class I allelic variants, for a total of 134 billion unique peptide--MHC binding predictions. From these predictions, we observe that most peptides are able to be presented by relatively few (< 250) MHC, while some can be presented by upwards of 1,500 different MHC. There is substantial overlap among the repertoires of peptides presented by different MHC and no relationship between the number of peptides presented and HLA population frequency. Nearly 30% of self-peptides are presentable by at least one MHC, leaving 70% of the human peptidome unsurveyed by T cells. We observed similar distributions of predicted self-immunopeptidome sizes in cancer subjects compared to controls, and within the pan-cancer population, predicted self-immunopeptidome size combined with mutational load to predict survival. Self-immunopeptidome analysis revealed evidence for tumor immunoediting and identified specific peptide positions that most influence immunogenicity. Because self-immunopeptidome size is defined by HLA genotypes and approximates neoantigen load, HLA genotyping could offer a rapid predictive biomarker for response to immunotherapy.