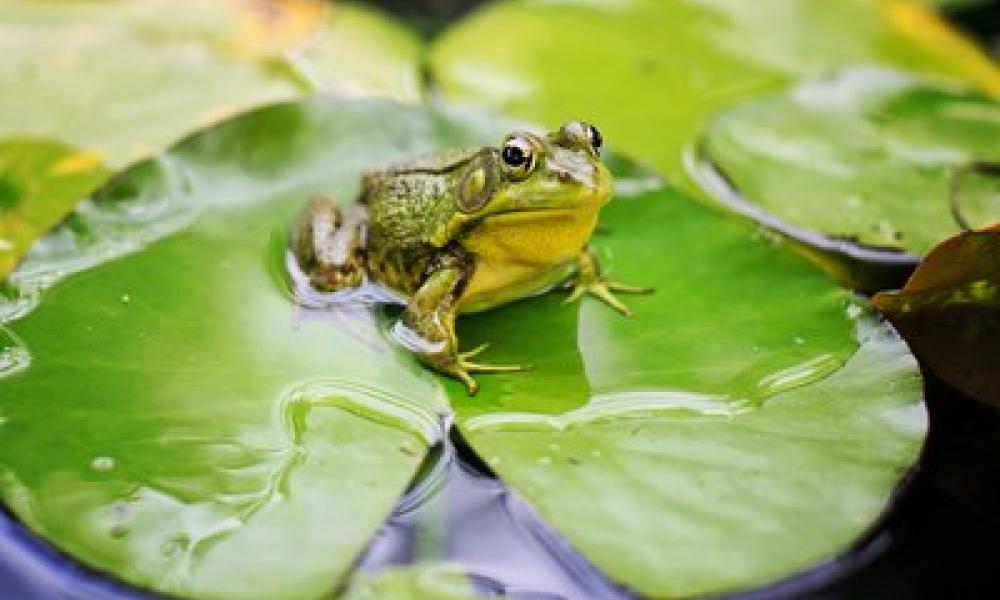 This new method, published in Scientific Reports, could be particularly helpful for battling the growing crisis of antibiotic resistance — one of the most critical public health threats facing the world today. Drug-resistant microbes are of particular concern for immunocompromised people, including cancer patients undergoing chemotherapy.

Researchers from the GSC and the University of Victoria have been investigating how naturally occurring antimicrobial peptides (AMPs) may be an alternative to conventional antibiotics. Research shows that AMPs may also be useful as targeted treatments for cancer.

While much effort has been directed to understanding the protein structure of AMPs, much less is understood about the genes that encode AMPs. This study presents the first gene structure information of AMPs with known antimicrobial functionality in frog tissues. The researchers subsequently also uncovered a wide range of AMP genes throughout the frog genome.

Dr. Caren Helbing, professor of Biochemistry and Microbiology at the University of Victoria and lead author on the study, investigates the molecular biology of amphibians. She says that frog skin is a particularly abundant source of AMPs.

"AMPs are naturally occurring short protein fragments that are effective at killing microorganisms in a variety of ways," says Dr. Helbing. "AMPs are produced by all organisms, including humans, but frogs have evolved a particularly abundant source as a beneficial adaptation to wet and muddy environments where potentially harmful microorganisms are plentiful."

Microbes are less likely to develop resistance against AMPs compared to conventional antibiotics because they kill the target organism by destroying cell membranes and also inhibiting metabolism. Several AMPs are currently used in clinical settings as antibiotics, and many more are undergoing clinical trials to better understand their therapeutic potential in diseases such as cancer.

Typically, the predominant approach to discovering AMPs from natural sources is time-consuming, expensive and labour intensive. Instead, scientists in this study looked for AMP genes in sequences of DNA from both the adult bullfrog and tadpole, comparing those sequences to known AMP molecules. They were able to show that their computational approach was faster and more effective at isolating new AMPs.

"While previous attempts to discover effective AMPs relied on low-throughput screening methods, our analysis demonstrates how modern genomics and bioinformatics can speed up the process," said Dr. Inanc Birol, senior scientist at the GSC and principal investigator for the study. "Using innovative tools, we identified new AMPs that could be active against a range of bacteria. Some AMPs have also been shown to be effective in killing cancer cells, which is something that we will investigate as well."

This study represents the first step in the process of designing optimized AMPs that exhibit improved consistency, reproducibility, stability and enhanced activity. Successful functional testing of the proteins identified using this method affirmed the value of the computational process, known as bioinformatics, in mining the bullfrog genome for AMP genes.

This research was supported by National Sciences and Engineering Research Council and by Genome British Columbia.