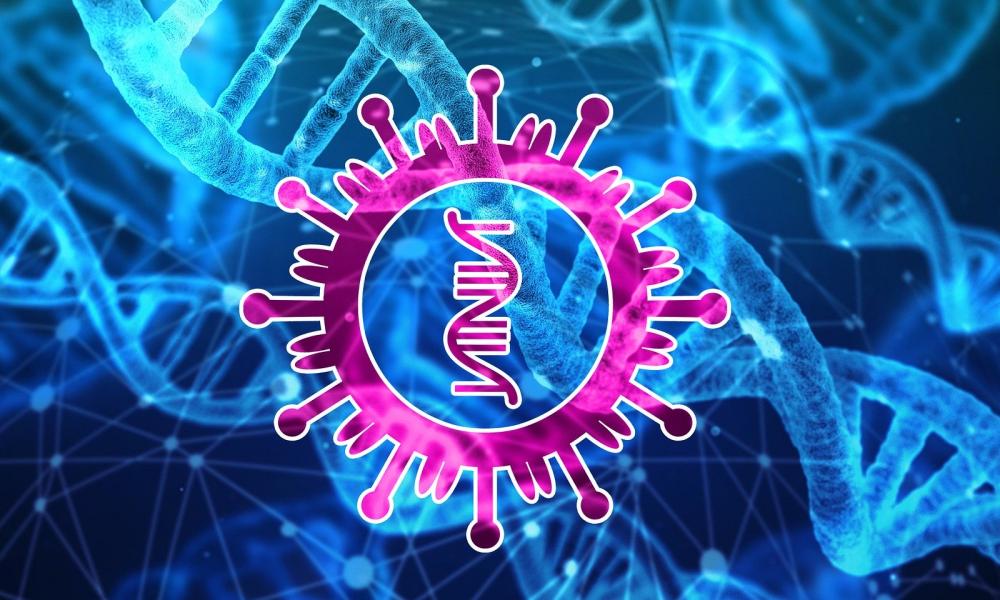 That’s the key idea put forth in preliminary research posted this month to bioRxiv, authored by GSC, UBC and BC Children's Hospital Research Institute scientists, that highlights the potential benefits of testing COVID-19 patients for genetic variants of ACE2—the protein identified as the point-of-entry for the SARS-COV-2 virus into human cells.

The study is a collaborative effort between Dr. William Gibson, a BC Children’s Hospital investigator and professor in the department of medical genetics at the University of British Columbia, and Dr. Steve Jones, head of bioinformatics and co-director of Canada's Michael Smith Genome Sciences Centre at BC Cancer.

In this Q&A, Dr. William Gibson discusses why genotyping this particular gene could potentially improve patient care for this disease.

Note: This research has not yet been peer reviewed. It has been posted to a website for unpublished research papers to allow other scientists to see, discuss, and comment on the findings immediately before it is submitted to a journal. The GSC does not typically promote non-peer reviewed research, but we are making an exception at this time given the need for COVID-19 research to be shared rapidly and openly to inform the global public health response and to help save lives.

Why might testing for genetic variants of ACE2 be helpful for treating COVID-19?

ACE2 is already known to be the key point of entry for the new coronavirus into human cells. By searching genetic databases, we identified several variants already present in the human population that could affect how the virus binds the protein and enters the cell. Finding out whether such variants do influence the severity of the disease could help clinicians make more informed treatment decisions during the pandemic.

What evidence is there that different genetic variants are influencing the course of this disease?

We don’t yet have direct lab evidence, but many countries have observed startling differences in the COVID-19 death rates between men and women. In the United Kingdom and United States, men with COVID-19 are dying at twice the rate as women with the disease.

This could be explained, at least in part, by the fact that the gene for ACE2 lies on the X chromosome, meaning men and boys only have a single version of the gene. If the copy they inherited makes them more susceptible to the virus, then their cells will only express that more susceptible version. Because women and girls carry two copies of the gene, any viral susceptibility coming from one variant would be mitigated by the ACE2 protein made from their second ACE2 allele.

There are many other factors that will influence the severity of COVID-19. Our preliminary analysis shows that one or two per cent of Ashkenazi Jewish individuals and around one per cent of non-Finnish Europeans carry one of these ACE2 variants, but they are rarer in other populations and almost absent in East Asians.

Some portion of this difference between men and women in COVID-19 morbidity and mortality may be genetic—we just don't know how much.

Is this the normal approach to studying the genomes of diseases?

Typically, human geneticists would prefer to study the whole genomes of many infected people without choosing a preferred gene at the beginning. That’s the best genetic way to identify factors that might influence how sick a patient might get. But during this pandemic, there may not be enough time or resources to do this. If identifying disease-affecting genes were like mining for gold, we would typically do a full survey before choosing the best spot to dig. This is more like panning for gold where you see a glint at the bottom of the stream and you look there first. In the case of ACE2, the best candidate seems pretty obvious, and might yield results soon enough to help patients in the current pandemic.

What should clinicians do as a result of this report?

The quickest way to find these variants is to examine the ACE2 gene in unusual cases of COVID-19, taking what is known as the “extreme phenotypes” approach. For example, we know that children are less likely to come down with severe disease after being exposed to COVID-19, so any child with unusually severe COVID-19 (requiring ICU care, for example), could, in principle, have this gene sequenced where resources allow. We would need to add up the data from many, many children and adults before we could be sure that rare ACE2 variants truly affect disease severity.

What we have right now is a model – and hopefully a useful one. In some places around the world doctors are already making difficult decisions about who to treat and how - a genetic test such as this could arm clinicians with the knowledge they need to intervene earlier in certain cases, and thereby save more lives.