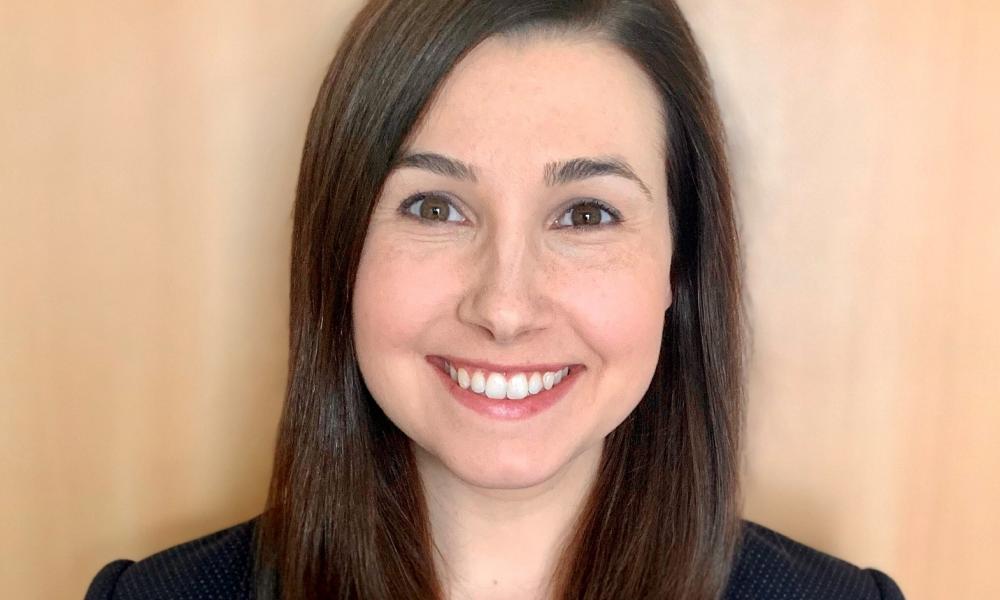 The GSC is pleased to announce the arrival of our newest faculty member, Dr. Laura Evgin. As of November 2, she is Scientist at the GSC and an Assistant Professor in the Department of Medical Genetics at the University of British Columbia. Dr. Evgin’s research is focused on Chimeric antigen receptor (CAR) modified T cells and oncolytic viruses.

CAR T cells are immune cells that have been engineered in the laboratory to detect and eliminate cancer cells, and they have shown great promise in the clinic. In 2017, two CAR T cell therapies were approved by the FDA and several more are in clinical trials; however, their efficacy can be limited by the myriad of immunosuppressive mechanisms employed by solid tumours to evade the immune system. This is the problem Dr. Evgin aims to tackle.

In addition to the endogenous T cell receptor, CAR T cells express an artificial engineered receptor that combines the specificity of an antibody and a cell signaling domain. This receptor is designed to recognize a cancer-specific antigen, and it is able to do so independent of MHC. Upon recognition of antigen, the cell signaling domain initiates an immune response against the cancer.

Oncolytic viruses preferentially infect and eliminate cancer cells. During her post-doctoral research, Dr. Evgin explored the combination of oncolytic viruses and CAR T therapy. In addition to killing cancer cells, oncolytic viruses stimulate inflammation of the tumour, converting the immunosuppressive tumour environment into one that can be more readily accessed by the immune system. While this inflammation can enhance the efficacy of CAR T cell therapy, it can also hamper it by having a deleterious effect on the CAR T cells.

“Oncolytic viruses can come in and generate a lot of inflammatory heat. We like to say that they can turn cold tumours hot,” Says Dr. Evgin. “But like most things in biology, the reality is that this is a very complex process. We now know that using oncolytic viruses generates both helpful and deleterious effects for CAR T cells.”

Dr. Evgin aims to use CRISPR, a molecular biology technique that can be used to genetically engineer cells in a laboratory, to generate CAR T cells that can withstand the onslaught of inflammatory factors they are faced with when combined with oncolytic virus therapy. A CRISPR screen will be used to identify genes that either enhance or reduce the CAR T cell’s efficacy with viral infection, and those genes will then be amplified or eliminated, respectively, to create an optimized CAR T cell therapy.

“I think that using viruses can really offer an opportunity to send cells down alternate differentiation lineages and provide different functional advantages and phenotypes. I am really interested in unpacking that and using that knowledge for a therapeutic advantage,” says Dr. Evgin.

As her second aim, Dr. Evgin will investigate the possibility of exploiting the endogenous T cell receptor to enhance the functionality of CAR T cells. Specifically, she aims to use the specificity of the T cell receptor against viral proteins present on the MHC of tumour cells infected with oncolytic viruses.

Dr. Evgin completed her PhD in the laboratory of Dr. John Bell at the University of Ottawa where she studied how components of the immune system—neutralizing antibodies and complement—limit the systemic delivery oncolytic viruses. From there, she joined Dr. Richard Vile’s laboratory at the Mayo Clinic in Rochester, Minnesota. Her post-doctoral research focused on how oncolytic viruses could be used to amplify the reach of CAR T cells.

“The research team, expertise and the technology platform drew me to the GSC. I am really excited about the potential collaborations with Drs. Rob Holt, Brad Nelson and Kevin Hay. They are a nexus of CAR T expertise in Canada,” says Dr. Evgin. “The genome sciences expertise here is a fantastic platform on which to build CRISPR screens and CAR T cells, and to do a lot of screening of T cell receptor repertoires. I think that there is a lot of exciting potential for advancing CAR T cell therapy here.”