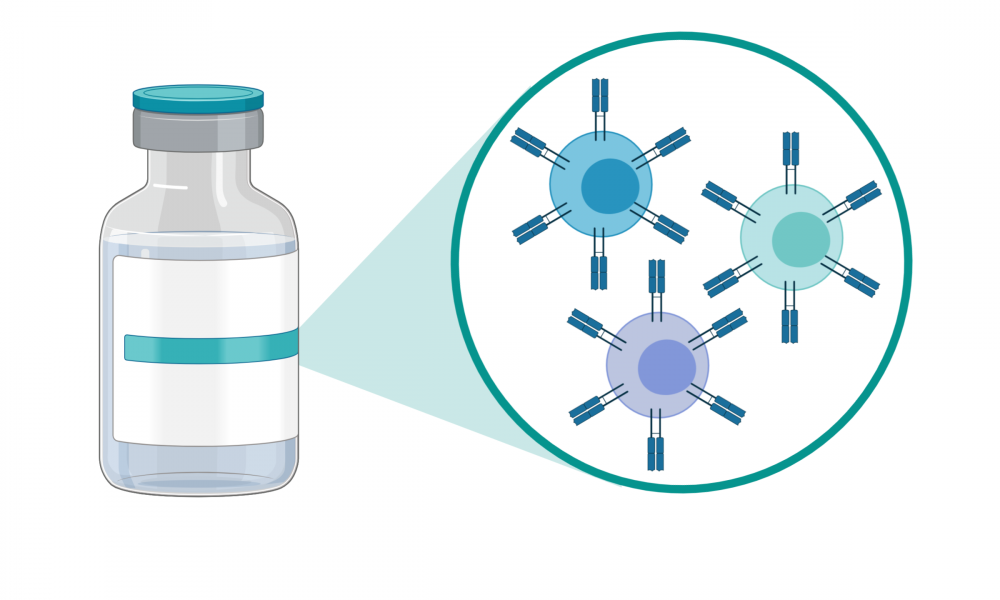 Lying in wait within our immune systems are specialized cells called cytotoxic T cells (or CTLs), patrolling our bodies, searching for and eliminating disease. Scientists have shown that we can harness the search-and-destroy functions of CTLs to help our bodies fight off cancer, but finding these cancer-fighting cells is like searching for a needle in a haystack.

A new method developed in the laboratory of Dr. Rob Holt, a distinguished scientist at the BC Cancer Genome Sciences Centre, has made finding these cancer-fighting CTLs a lot easier.

“CTLs are these natural micro-machines that we have in our bodies to fight disease,” says Dr. Govinda Sharma, a post-doctoral fellow in Dr. Holt’s lab. “There are a lot of people working to leverage them for therapeutics but the problem is, we don’t really understand their language.”

This language is mediated by chemical signals displayed on cell surfaces, called antigens, which tell CTLs whether or not disease is present. If a cell is infected with a virus or has gone rogue and become cancerous, they display antigens that signal disease. Once a CTL finds and recognizes a disease signal, it releases proteins called perforin which act as molecular bullets, forming holes in the diseased cell, and granzymes which enter the holes and destroy the target cell from the inside out.

Their ability to destroy cancer cells is what makes them so attractive as a therapeutic strategy. Scientists can take CTLs from a patient, allow them to multiply in the laboratory to create an army of cancer-fighting cells, inject them back into the patient and let them do their job. And while this has proven to be effective, it is a lot more complicated than it sounds.

To make use of CTLs, scientists need to know exactly which antigens the cancer cells are displaying. And there are millions of possibilities. Every patient and every tumour can display a different set of antigens and figuring out what they are has been a bottleneck for CTL-mediated therapy to date. So when Dr. Sharma started his PhD under the supervision of Dr. Holt, they set out to tackle this problem.

“The method we developed allows us to rapidly and comprehensively survey the interactions between CTLs and their targets,” says Dr. Holt, “This is a major improvement over the conventional methods we had to work with previously; we can now screen hundreds to thousands of times more potential antigens in parallel.”

The method takes advantage of the CTLs’ granzyme-mediated cell killing to identify disease antigens. To do this, the scientists generate a library of cells, each displaying a different antigen. Only a small fraction of these antigens will signal disease, and the goal is to find them. They mix the cell library together with CTLs and wait. Within a couple of hours, the CTLs will have found their targets and will have released their arsenal of perforin and granzymes. Once the target cells have been invaded by granzymes, they light up in a way that can be detected by specialized laboratory instruments. Then, using DNA sequencing, the team can determine precisely which antigens signaled the presence of disease.

CTL-mediated immunotherapy is a promising avenue for novel cancer treatment. But it is not without risk. It is possible that the disease signals being displayed by cancer cells may also be present elsewhere in the body. Injecting an army of CTLs all searching for these antigens can lead to unintended consequences. But the method developed by Drs. Holt and Sharma can help prevent these undesired effects.

“Our screen will have the potential to identify and avoid some really severe off-target activities, which may eventually save lives,” says Dr. Sharma.

Dr. Sharma plans to take the method he developed during his graduate work, which was published this week in Nature Communications, to start a biotech company. Offering this method to cancer researchers and industry scientists will greatly enhance our ability to rapidly identify target antigens, helping pave the way towards safe and effective CTL-mediated immunotherapies and cancer vaccines.

This study was published in Nature Communications and was supported by the Natural Sciences and Engineering Research Counsel of Canada, Genome Canada, Genome BC, the BC Cancer Foundation, Canada’s BioCanRx Network Centre of Excellence, and the National Cancer Institute of the US National Institutes of Health.