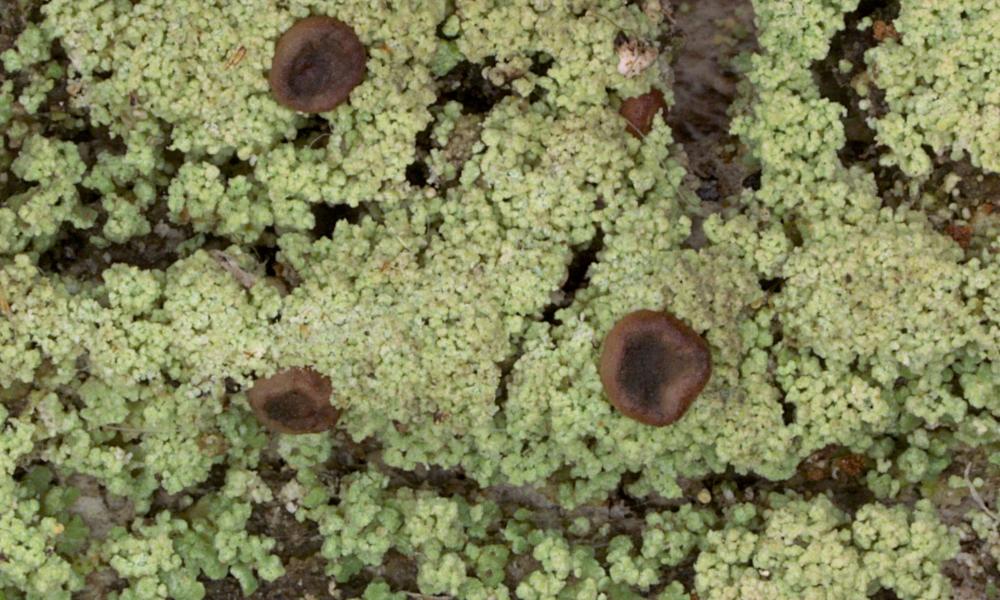 When you go for a walk in the woods, you might think all the lichen you see clinging to the sides of trees and rocks look the same. But that’s not how Dr. Troy McMullin, a researcher with the Canadian Museum of Nature, sees it.

Dr. McMullin is an expert of lichen—which is composite organism that arises from algae or cyanobacteria living among filaments of multiple fungi species in a mutualistic relationship—and he is constantly on the hunt for new species.

In 2019, while attending a week-long conference to survey lichen diversity, Dr. McMullin and his colleagues found a green to greenish-brown lichen with a distinct lobed body that caused them to pause. After some analysis, it turned out that he had discovered a distinct species—different from the approximately 17,000 species of lichens known throughout the world today, including the over 5,500 in North America alone.

The common name given to the “new” lichen—first discovered hanging out on northern white cedar trees in Sleeping Giant Provincial Park, near Thunder Bay, Ontario—is the Giant’s Dot Lichen. Its scientific name is Bacidia gigatensis, and it is a lichenized fungus in the order Lecanorales. Now that it has been identified, the Giant’s Dot Lichen turns out to be surprisingly common yet evidently distinctly different from others in the genus Bacidia.

“This lichen is common in the region and unique chemically, morphologically, molecularly and ecologically,” says Dr. McMullin. “It is rare to discover new species of lichens at northern latitudes that are so distinctive. This lichen is currently only known from Canada.”

In addition to its physical appearance, the presence of a chemical called homosekikaic acid makes the Giant’s Dot Lichen more similar to a tropical species of Bacidia than the than the 58 species that have been identified in North America so far. To make things even more interesting, the Giant’s Dot Lichen contain soredia, a structure for reproduction that’s not commonly seen in tropical Bacidia. 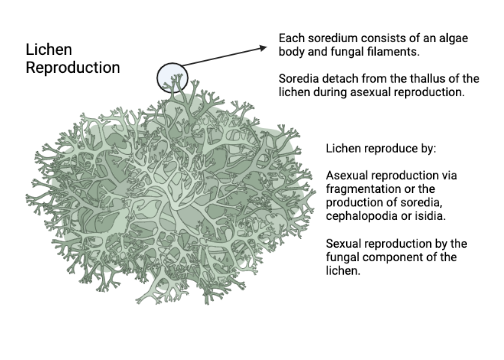 From discovery to genomic sequence in one year

The lichen made its scientific debut in 2020, when its discovery was published in The Bryologist. One year later, it is back in scientific literature—this time unveiling its entire genome—in the journal Microbiology Resource Announcements.

“It is a major accomplishment to discover a species and reveal its entire genomic sequence in one year,” says Dr. Steven Jones, Co-Director and Head of Bioinformatics for the GSC. “This certainly speaks to major recent advancements in next generation genome sequencing technology and our ability to deploy it rapidly with an aim toward a more robust scientific understanding of evolution and speciation.”

The collaboration was sparked when Dr. Jones asked Dr. McMullin to be the lichen expert on the recently launched Earth BioGenome Canada project, which aims to examine the genetic diversity of Canada’s plants and animals through genomic sequencing as part of an international consortium.

This effort is part of the CanSeq150 project funded through CGEn. Launched in 2017 to commemorate Canada’s 150th birthday, CanSeq150 is a collaborative effort to sequence 150 new genomes of Canadian species.

For Dr. McMullin, having genomic information adds another piece to the puzzle. “Generating the DNA sequence of the entire genome will allow for further study of this species taxonomy. Moreover, not many lichens in Canada or globally have their entire genome sequenced.”

Funding for the sequencing was supported, in part, through the CanSeq150 program of CGEn, Canada’s national platform for genome sequencing and analysis, and the U.S. National Science Foundation.

Read the publication detailing the lichen’s discovery: Bacidia gigantensis (Ramalinaceae), a new species with homosekikaic acid from the north shore of Lake Superior in Ontario, Canada.

Read the Canadian Museum of Nature’s story: The “sleeper of the season”: New lichen species discovered in Northern Ontario.

Find out more about the work being done in the Jones lab at the GSC, and its work to sequence Canadian species with CGEn through the CanSeq150 project.