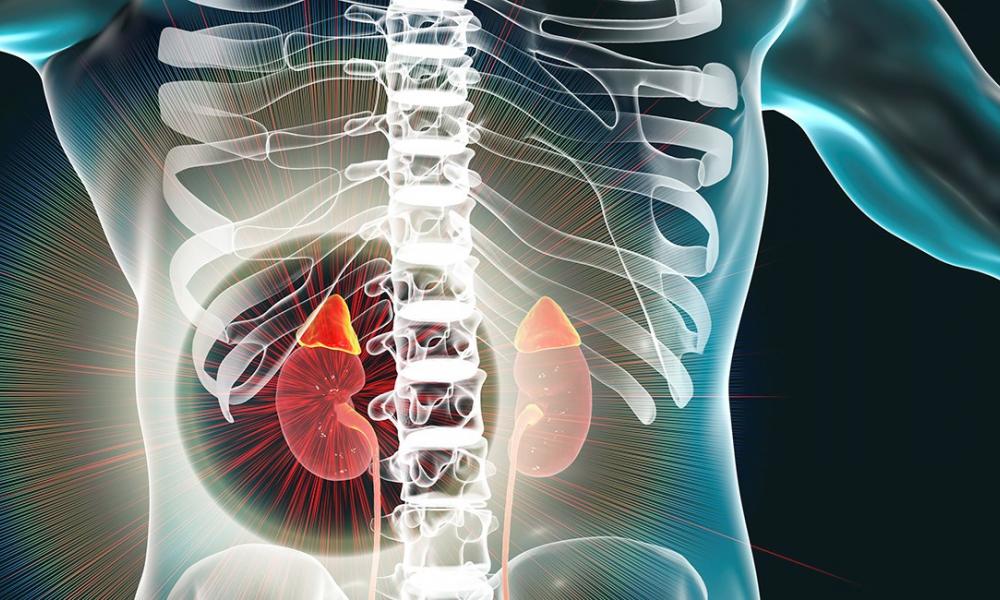 A recent publication from BC Cancer’s Personalized OncoGenomics (POG) program describes the genomic profiles of seven advanced Adrenocortical Cancer tumours. The findings highlight two cellular pathways as potential therapeutic targets and identifies a subgroup of patients that may benefit from genome-informed treatment.

Adrenocortical cancer (ACC) is a rare cancer of the adrenal gland. Forty percent of ACC cases are diagnosed through metastatic disease. The five-year survival rate for patients presenting with metastatic ACC is 15%. 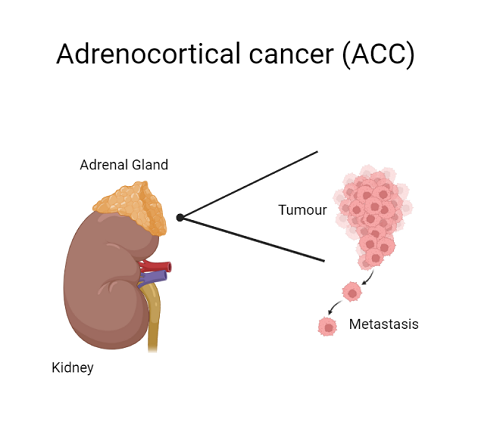 Treatment options for ACC are extremely limited—regardless of whether the cancer has spread beyond the adrenal gland—and often lead to other medical complications. To date, studies of agents that target specific genes in the cancer pathway have not shown clear clinical benefit.

A recent publication from BC Cancer’s Personalized OncoGenomics (POG) program describes the genomic profiles of seven advanced ACC tumours based on whole-genome and transcriptome analysis (WGTA). Significant differences were observed between the seven samples—four obtained from primary adrenal tumours and three from biopsies of metastatic lesions.

As seen in previous studies, genes involved in epigenetic regulation were shown to be involved in ACC development. Mutations in SMARCA4, SMARCC2 and ARID1B, for example, suggest deregulation of the chromatin modelling complex that affects gene expression.

Mutations affecting MEN1—commonly seen in ACC—were not detected in this study. Copy gains and high expression of KDM5A was observed, however, in five of the seven tumour samples. Since KDM5A is known to counteract the methylation activity of MEN1, this finding suggests an alternative mechanism of epigenetic dysfunction in ACC.

Four of the seven cases were associated with mutations in DNA repair genes. This included several somatic mutations and one structural variant in genes involved in homologous recombination.

Germline mutations affecting homologous repair genes have rarely been associated with ACC. Further research is required to determine whether a potential subset of ACC is characterized by homologous recombination deficiency caused by somatic mutations.

Genomic data from each tumour was matched with clinical patient information, including therapeutic outcomes. Five of the patients in this study received standard treatment for ACC (chemotherapy and/or mitotane). Only two patients responded to treatment.

Following genomic analysis through POG, three patients received therapy informed by WGTA. This included two patients who received treatment aimed at the homologous recombination pathway. One of these patients had a partial response and the other had no response.

The range of genomic alterations seen in these samples supports the use of molecular profiling in ACC management with the aim of identifying personalized treatment options. It further suggests the epigenomic and homologous recombination pathways as potential targets for such treatment.

“Our work highlights several therapeutic avenues for a rare, aggressive malignancy with no established therapy for patients who relapse or stop responding to initial treatments,” says Dr. Veronika Csizmok, co-first author of the publication. “Molecular profiling of metastatic tumours with a high degree of heterogeneity such as ACC has the potential to reveal actionable alterations that can be utilized for the long-term health benefits to patients.”

This work would not be possible without the participation of our patients and families, the POG team, Canada’s Michael Smith Genome Sciences Centre technical platforms, the generous support of the BC Cancer Foundation and their donors and Genome British Columbia. The results published here are in part based upon analyses of data generated by the following projects and obtained from dbGaP: TCGA managed by the National Cancer Institute and National Human Genome Research Institute; Pan-Cancer Analysis of Whole Genomes (PCAWG) managed by the International Cancer Genome Consortium retrieved from https://dcc .icgc.org/pcawg.

Learn more about the adrenal gland and adrenocortical cancer (ACC).