Dr. Martin Hirst is at the forefront of epigenetics research and is using leading edge technologies to reveal the roadmap cells use to interpret the genome. He is one of 16 speakers that will present at the GSC’s 20th Anniversary Symposium, November 21, 2019. 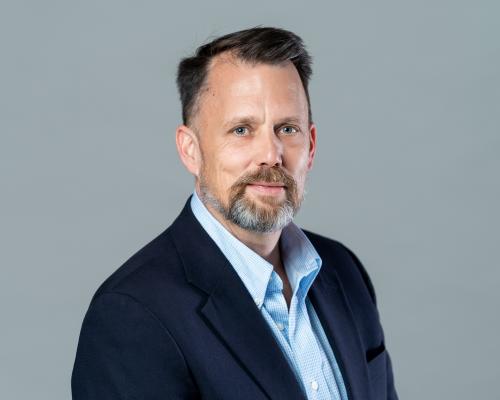 Dr. Martin Hirst joined the GSC as a research associate 2004, and has been an integral part of the centre ever since. He has helped set the GSC apart from other genome centres as an international leader not only in genomics, but also in epigenetics. Shortly after the acquisition of the first Solexa sequencer in 2006, Dr. Hirst began employing sequencing technology, through ChIP-seq analysis, to study the epigenome of tumours.

“This was the first time we looked at epigenetic modifications genome-wide,” says Dr. Hirst, “That really got me hooked.”

Dr. Hirst has continued to pioneer the application of epigenetic analysis to cancer biology as Head of the internationally recognized Epigenomics Research Program at the GSC since 2012. He is also an Associate Professor in the department of Microbiology and Immunology and the Associate Director of the Michael Smith Labs at UBC. Dr. Hirst’s research is focused on understanding the role that epigenetic dysfunction plays in the initiation and progression of cancer. Focusing on cancers in which alterations to the epigenome are prevalent, his team works to uncover how the altered epigenetic landscape colludes with genetic lesions that drive cancer.

“What makes epigenetics particularly intriguing from a cancer perspective is that unlike genetic alterations, epigenetic modifications are highly labile and can be potentially altered using a variety of techniques,” says Dr. Hirst.

In addition to his research at the GSC, Dr. Hirst leads the Centre of Epigenomic Mapping Technologies (CEMT) that represents one of two Canadian epigenomic mapping centres funded as part of the CIHR signature initiative: the Canadian Epigenetics, Environment and Health Research Consortium (CEEHRC). He chairs the Scientific Steering Committee of the International Human Epigenome Consortium (ihec.org) and leads the Canadian Epigenetics, Environment and Health Research Consortium Network (epigenomes.ca) with a mandate to drive epigenetic research in Canada and internationally. To this end, his laboratory is involved in sequencing epigenomes from different cell types in an effort to produce reference human genomes for the scientific community.

Over the course of his career, Dr. Hirst has been recognized nationally and internationally for his research and as a leader in the field of epigenetics. He has been awarded the Terry Fox New Investigator Award, the UBC Killam Research Prize, and was recognized by Clarivate Analytics as a highly cited researcher in 2018.

At the GSC’s upcoming 20th anniversary symposium, Dr. Hirst will present his lab’s recent research aimed at profiling epigenomes from rare lymphoid and myeloid cell progenitor populations in an effort to understand the role of epigenetic modifications that underpin normal cell differentiation and the initiation of leukemia.

As a researcher at the GSC, Dr. Hirst is looking forward to taking the time to appreciate the innovations, discoveries, accomplishments, and most importantly, the individuals that helped make the GSC what it is today.